Luka Doncic may have enhanced his NBA MVP credentials with another brilliant display Saturday night in San Francisco against the Golden State Warriors, but the Dallas Mavericks star does not believe he is at Warriors star Stephen Curry’s level yet.

The 20-year-old had his ninth triple-double of the season in the Mavs’ 141-121 victory over the Curry-less Warriors. Doncic scored 31 points while claiming 12 rebounds and 15 assists

Dallas broke a franchise record by making 24 3-pointers, with Doncic sinking five of his eight attempts — a stat that surely would have impressed two-time MVP Curry, who remains sidelined with a hand injury.

Should Doncic’s form continue, he may be named MVP himself, though the Slovenian feels comparisons with Curry are unfair at this stage.

“He’s shooting way better than me,” Doncic said, as quoted by ESPN.

“He’s a better player. He’s been in the league a long time, he’s somebody that everybody looks up [to], everybody wants to play like him.

“I remember last year after the draft, I practiced once with him and it was crazy. He couldn’t miss. He can’t miss. And that was like something I’ll always remember, practice with him.”

Another dazzling performance, another triple-double. Luka stuffed the stat sheet once again in tonight’s W!@luka7doncic | #MFFL 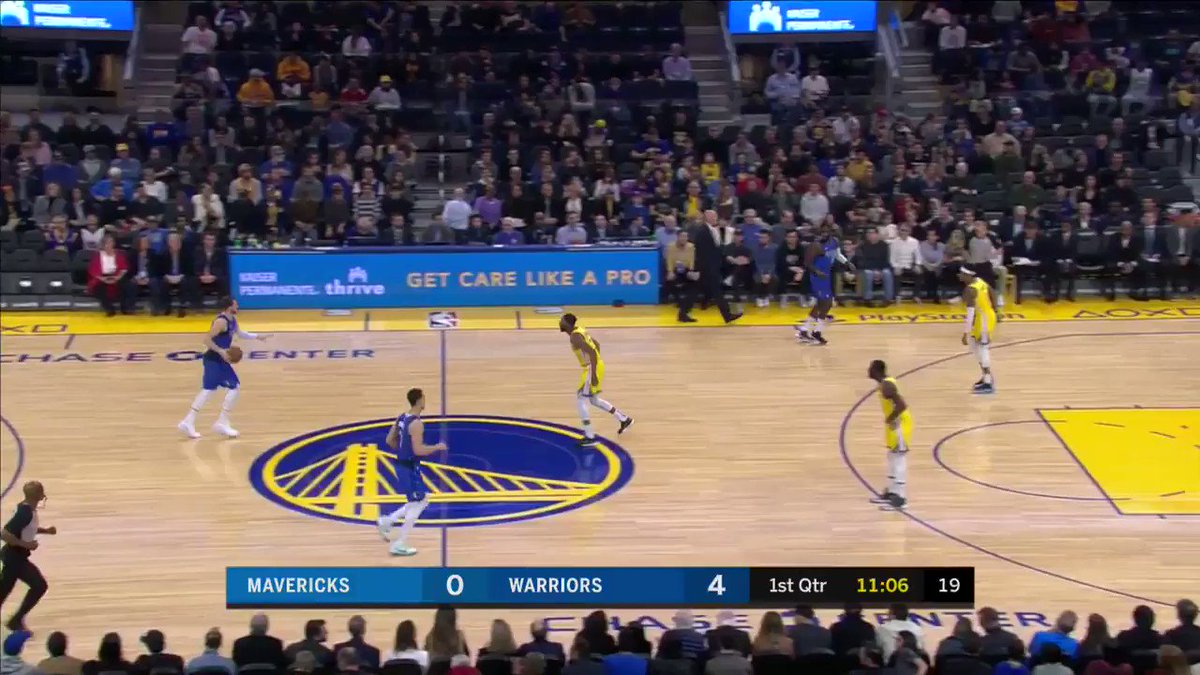 361 people are talking about this

Dallas coach Rick Carlisle has no doubts about Doncic’s importance, though, pointing out how he led the way on a night when the Mavericks improved to 21-10.

“[He had] a 30-point triple-double in three quarters, and really made it look easy.

“That’s a phenomenal performance and he set the table for everybody that was out there.”